Ever thought of what to eat for breakfast? Apart from what we would usually get, why not try something new?

Get your breakfast sets at the following outlets:
-Lucky

Squid Game was definitely one of the best shows we’ve watched in September! Not only it is thrilling, but is also full of twists and turns. There’s the problem. After watching a good show, what’s next?

Don’t worry if you are stuck on what to binge watch next, because here are the best shows coming your way this month on Netflix!

Video from The Swoon

Starring Han So See, the female lead in a popular K-drama called Nevertheless, this could just be the next binge-worthy show for you!

One day, her father was unexpectedly shot, leaving her devastated. Will she be able to find her father’s murderer and get her revenge with the help of a powerful crime boss?

What happens when someone calls 911 in danger, but there’s not much information about their whereabouts?

Watch how the call operator tries to save a caller in grave danger—but he soon discovers that nothing is as it seems.

Pokemon movie secrets of the jungle

It’s time to relive our childhood again with Pokemon! Koko grows up in the jungle with a solitary Zarude. When he meets Ash and Pikachu, he discovers the human world — and a plot threatening his home!

Does looks or personality matter more? Of course, having good looks and a good personality would be a bonus! If we were to choose only one, personality surely matters more.

Sexy Beasts is a dating gameshow that all players wear a mask on their dates. They determine if someone is “the one” through their chemistry and personality, instead of the superficial appearances.

For all anime fans, as usual, this is something for you!

As the world moves on from the war and technological advances bring changes to her life, Violet still hopes to see her lost commanding officer again.

When it comes to comfort food or having something nice to munch on while watching Netflix, we certainly need new options. Perhaps apart from the classic sweet or salted popcorn, it’s time for you to try out something new!

The Kettle Gourmet launched two new regional flavours of popcorn– Pulut Hitam and Fish Head Curry. These are nostalgic flavours that are not only traditional but also delicious!

None of us would have imagined how such local delicacies can be transformed into a snack. What’s better is that they are baked using high-quality ingredients with no trans-fat, so you can go snacking guilt-free.

If you like other local delight flavours, you can try the Kaya Butter Toast, Chilli Crab, Nasi Lemak and Chicken Floss as well! All these would come under their Crazy Asian Series.

Each packet is priced at $5 for 65g and $15 for 320g. You can purchase it at The Kettle Gourmet’s website as well as various shopping platforms.

Images from The Kettle Gourmet

Apart from fries or mashed potatoes, waffles can go just as well with your favourite KFC fried chicken!

KFC launches the new Chicken N Waffles combination which is the best of both worlds– sweet and savoury!

We’re not talking about having soggy waffles because this waffle is freshly made and crispy! It is topped off with some sweet golden syrup.

For the chicken, you can either choose from the Original or Hot & Cripsy flavour. Or, if you prefer Tenders instead, it is available as well. 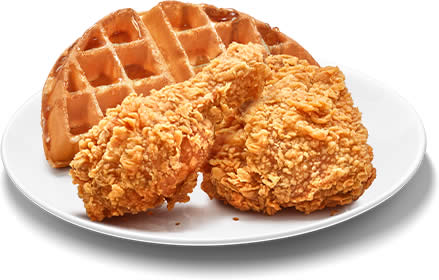 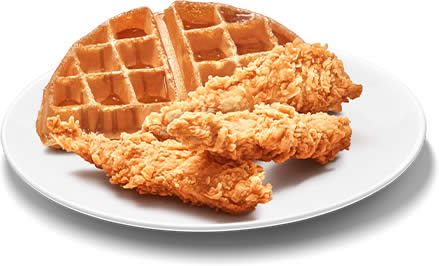 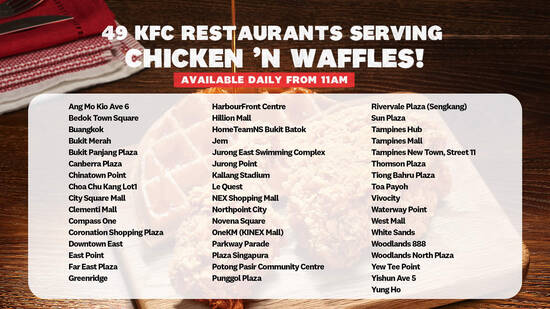 Cheers to the start of the month! Here’s a great deal for you! Coffee Bean is celebrating International Coffee Day and you can get 50% off all lattes today.

This includes some of the all-time favourites including the Caramel latte and Vanilla latte. The usual price for each cup of latte is around $8.50.

The promotion is valid at all outlets except Beanstro at Marina Bay Sands.

You can redeem up to 2 cups of latte per transaction. Get yours while stocks last!

Whether you are with your friends or colleagues, or even in the public, everyone is talking about Squid Game!

Although it may be nerve-racking to see how each of the characters struggle to survive during the game, how about taking part in it yourself? 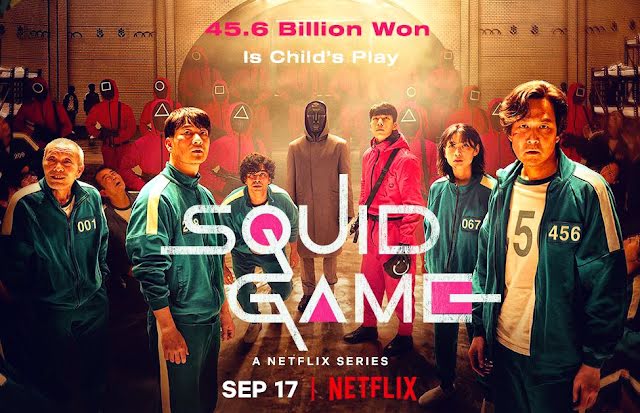 If you are up for the challenge, Brown Butter Cafe in Orchard is currently giving out a cup of free iced latte if you complete the Honeycomb challenge on time. There are other attractive prizes such as Brown Butter Cafe’s speciality cheesecake.

The big question is– what if you do not complete it in time? Don’t worry, all you need to do is to post a photo of yourself and tag them on Instagram!

Here are the full rules:

The challenge is valid from now till 24th October until 6 pm daily. Do note that safe distancing and COVID-19 measures still apply.

Do you have what it takes to conquer this challenge? If you are up for it, head down to B30own Butter Cafe today!

Ever imagine indulging in a high tea experience and living the Taitai live? Yes, high tea is great, but the problem lies with the timing. Most of us are probably at work or in school during that time.

However, here’s good news for you! The Hainan Story Chapter One is offering a 24-hour high tea set at only $19.90 per person. A minimum of 2 diners is required to enjoy this special offer.

Here’s what the high tea set consists of:

It is a 3-tier high tea set that consists of flavourful delights– both sweet and savoury. On the first two tiers, you can enjoy more savoury food such as the Hainanese satay, yibua and crispy prawn fritters.

You are also in for a sweet treat as you can enjoy honey toast cubes and even Chef Pang’s swiss rolls and cookies.

That’s not all because you can also stand a chance to win prizes worth $500 when you share your dining experience and use their hashtag!

I am sure the handbag comes in handy when you go for your next high tea trip.

Image from The Hainan Story

It’s time to bring your loved ones to try out this unique Hainanese tea time experience!

Are you one of those who has a soft spot for animals but is just not allowed to keep a pet at home? This may be just for you!

Other than the few cat cafes around in Singapore, here’s one called Paws Claws Petstore that has just newly opened!

What’s unique about this cafe is that it is home to 17 ragamuffins. Don’t worry if you are afraid of aggressive cats as the cats there are extremely friendly and docile.

Engage with the kittens through their favourite toys! You may also gently pet them but no carrying is allowed.

Entry tickets are priced at just $12 with a duration of 1 hour. You will also receive a complimentary Kitty Meringue Biscuit with each visit.

Currently, due to restrictions, no food and drinks are served. Once the situation eases, you can look forward to delightful and adorable desserts and drinks!

I am sure you can’t say no to visiting these soft and fluffy cats! Head down to Paws Claws Petstore to make some new friends.

We all know that when working from home or home-based learning kicks in, the best part is the attractive takeaway deals!

You can enjoy up to 50% off from a wide range of dishes at Jack’s Place, including Pasta, Fish & Chicken and even Beef Steak! Each order comes with a complimentary mushroom soup or canned drink of your choice.

Apart from that, you can also enjoy a 30% discount for starters, desserts and drinks! In case you still feel a little hungry after lunch and need something to munch on…

This deal is valid at all Jack’s Place restaurants for takeaways only.

Guess what’s coming back? The McDonald’s Samurai burger is finally coming back once again! From 30 September onwards, get your Samurai favourites at all McDonald’s restaurants, McDelivery and food delivery platforms.

For the Samurai burger, you can have a choice between beef or chicken ($6.20 each).

We all know when the Samurai Burger come back, so does our all-time favourite seaweed McShaker Fries!

You may want to indulge in a full Samurai meal since this is only for a limited time! I am sure it will be worth the calories, right?

They say the early bird catches the worms, so you can grab a bite of the Samurai Beef Special meal on 29 September via McDelivery. That’s one day ahead of the crowd!

Be sure to keep a lookout on the McDonald’s App for other exclusive deals as well!